With the aim of continuous improvements in thermal processes, our Research & Development department optimizes existing applications and tests innovative new solutions. Hereby, a primary aim is cost reduction by reducing the energy consumption of tunnel kilns. 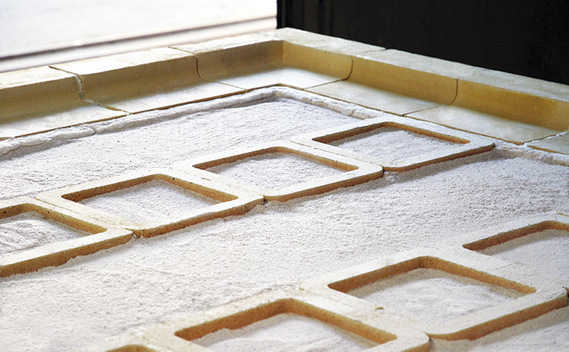 Biogenic silicic acid (SiO2) is generated by the combustion of biomass, whose ash consists mainly of SiO2. Consequently, REFRATHERM® Eco is based on a natural renewable raw material.

For more than 50 years, Refratechnik has been researching in the field of biogenic silicic acid. The first experiences with thermal processes resulted in a continuous increase of know-how and an own production facility for the material. Hereby, further development of the thermal insulation properties was aimed specifically at the requirements of today's applications.
Publications:‎

Base frame for firing roofing tiles

At the Ceramitec, Refratechnik Ceramics presented an innovative “base frame” for firing roofing tiles. During firing in H-cassettes, spalling of the cassette feet occurs frequently.

One cause is the different thermal expansion of the cassettes compared with the supporting elements that are normally used. This results in high frictional forces. These stresses occur during every kiln run, and inevitably lead to damaged cassette feet as well as spalling that can even result in failure of the cassette. Now, this problem can be eliminated by means of a cast base frame. Thermal expansion of cassette and base frame occurs in the same direction, because Refratechnik Ceramics produces both components – cassette and base frame – of the same material. In this way, equal coefficients of thermal expansion are ensured. The damaging frictional forces are eliminated, and the cassette feet are optimally protected.

Because the base frame is statically stronger than the H-cassette, stresses due to movements at the kiln car level can also be absorbed. Consequently, less deformation forces are transferred to the cassette.

The kiln operator benefits from a lower breakage rate and thereby from longer service lives of the cassettes. 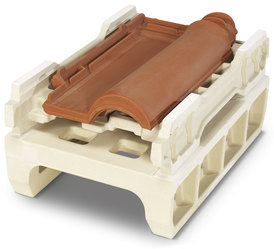 Data protection settingsThis website uses cookies. Some of them are necessary, and others help us to improve this website and how you experience it.
I agree, and know that with effect for the future, I can change or cancel my consent at any time.
Further information  |  Individual cookie settings